On location in Marrakech: Part 2 Memories of the Medina

We had left the sanctuary of Branson’s resort, a small part of me didn’t want to leave (ok, a big part of me), but adventure beckoned. It started the second we were abandoned (we weren’t but it felt like abandonment) onto a busy street corner at the entrance to the medina (only the very brave or very stupid drive in the walled city, the streets are tiny filled with moped, bikes, donkeys, pedestrians and endless market stalls and is only accessible by car in the quiet night). A small man appeared out of nowhere with a pushable trolley- he exchanged  a few words in French with our taxi driver before throwing our bags into his trolley and storming off at speed, occasionally throwing a glance behind to make sure we weren’t lost.

Windy street led way to winding streets and in the quiet of an alley way after five minutes we stopped at a big black door, and behind the big black door was a welcoming oasis of calm and quiet. A winding riad in the centre of the Medina- Dar Darma. This boutique hotel boasts two suits and four rooms, a roof top pool and lounging area with spectacular views over the city and an authentic ancient Hammam. Shabby traditional chic meets modern art for rooms that are authentic and individual, towering pictures and bed frames fill the vaulted ceilings of cool natural stone.

The streets beckoned and with the trusty instructions of our good man Philippe (we think that was his name) we set off to the big square. Now two western blondes walking on their own through Marrakesh was never going to go completely smoothly. Especially when we mistake a right hand turn for a dead end and end up in the wrong place. Luckily some helpful locals were there to take us in completely the wrong direction to what we were assured was the last day of the Berber market which we definitely didn’t need money for and was only five minutes away. Ten minutes later we were in a tannery. Along with a few other confused looking tourists, wondering how they got here. Thank god for the mint plant, it saved my nostrils that day as my eyes drank in the fascinating craft of making leather skins by hand using methods honed to perfection by the centuries.

We ended up in the Berber apothecary- an Herboriste. Being in the industry we couldn’t help ourselves and promptly got ripped off for a lump of amber, some black soap, exfoliating mud and tea that promised to make us skinny. I could have bought more and probably would have but the Berber played a hard game and I was new at this, he happily made a mint of us (once we got home and did the math) but as our guide said to us the next day- thank you for supporting the Moroccan economy, he did throw in an amazing shoulder massage while a browsed too so who were we to complain. There are hundreds of these Herboriste’s all over the city, all with their individual displays, jars upon jars upon jars of ingredients, teas, resins and powders to make your own product in any fragrance colour or type. For a beauty junkie like me and an aspiring mixologist it was heaven.

Under the steerage of Marrakech’s best guide the next day (Do you know Ruby Wax? He does… along with Shakira, some American country and western singer and a bunch of footballer’s wives) I found my most profound discovery in Marrakech was a woman run cosmetics shop. They had seriously taken the time over their merchandising. The space was stark white, open and calm; they had a centre table displaying their best sellers- all argan based of course. We promptly took an argan body oil and me an argan face cream. The product is made to look western I was surprised it had the level of official information that this beautiful little gem of a product had. I loved that these women had gone out and done this on their own- their thriving little cosmetic store in the heart of the Medina these women seemed independent, they were two of only four we saw working in the stores and the only ones who seemed to be in charge.

Would I recommend the trip? Two days has taught me that I have to go back, despite my romantic notions I had dreamed up before arriving the stark reality the energy of Marrakesh is intoxicating and addictive. I’m already planning my next trip- although perhaps without the tannery this time. TS

Highlights: discovering secret beauty haunts & visiting a revived Mamoumat (The infamous Pink Palace as visited by the likes Churchill in its hay day).

Comic Lowlights: A toss up- either when two savvy Londoners were suckered in and ripped off by a 6 year old or being yelled at in French by our non-English speaking taxi driver who had waited for us for an hour outside Mamoumat ( in fairness we did say we would only be a “demi-hour”).

The oddest thing: live and rather ruffled chickens hanging off the bars of a motorbike on their way to market.

Tell us what you think 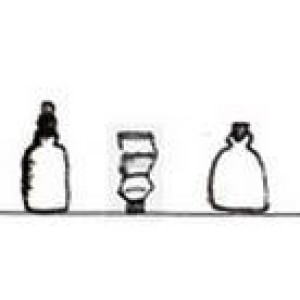 Crimes of the Body